Articles on Grief and Healing

Back to the articles page

The Invisible Cloak --   By Linda Tippett

Linda Tippett, who is a published author of articles, plays, and one book,
lives in Toledo, Ohio, where she and her husband, Jim, lived for fifty
years.  They were able to celebrate 50 years of marriage just before his
death in early October of 2000. Linda is also a staff writer for a local
monthly aimed at an audience 55 and over - Mature Living Magazine.
She is the mother of four and grandmother of three. 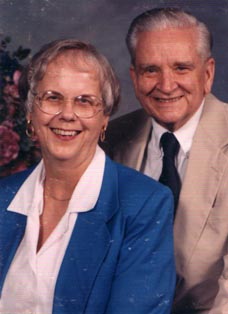 I didn’t expect it.  Not now.  Not when I had rationally and intellectually told myself over and over that my real grieving had taken place when I knew he would not get better.  Wasn’t that when my actual journey of widowhood had begun – before death, when I began losing my companion little by little?  And hadn’t God answered my prayers and taken him gently and quickly, surrounded by family love?

So why, after rather proudly keeping my emotional equilibrium for several months, did I suddenly burst into tears upon entering the hospital where he and I had spent so much time? I was going to visit a friend, but I never even made it to the elevators.  I stumbled back to the car to sit in shaken wonder that such emotion had suddenly bubbled out.

Apparently grief can sometimes be like an invisible cloak that you may unwittingly wear.  It can cover from head to toe, keeping emotion hidden in its folds.  Nor can anyone else see it. I heard over and over again, “My, you seem to be doing so well!”  And I began to believe it as my unconscious act of normalcy fooled everyone, even me.

Then that day my cloak fell open.  Its lurking emotions finally burst through to envelop me with feelings so intense that I literally felt raw inside.  My outpouring of tears lasted well beyond the meager supply of tissues I had in my purse. More than one passerby looked my way, but left me to my obvious grief.
Finally my sobs subsided into hiccups, and I began the process of practicality…starting the car, finding my way out of the parking garage, paying the tickets, and then driving home through rainy streets to my empty house.

Strangely the house had never seemed emptier, starting the cycle of tears again, until all I could do was lie down on my much-too-big bed and soak the pillowcase through.

Underlying all this outburst was still the element of surprise.  I was sure I hadn’t cloaked my grief.  Because concerned family and friends thought I should, I had read booklets on the grief process and had even attended a grief support group several times.  But all the time I thought…” I don’t need this.  I’m fine. Sure, I’m lonely, but I’m handling it.”

I suspect now that any grief counselor would recognize this as a classic case of unwitting grief denial and wouldn’t have been at all surprised at my experience.
Afterwards, when I was calmer, I returned to the literature I had shoved back on a shelf, and read again the wise words that now held a great deal more meaning for me.

“Grief is painful.  Grief is unpredictable. Grief involves surprises. The way out of grief is through it.”

All this advice I had first skimmed over with a “yeah, yeah, yeah” attitude.  Convinced that I had absorbed my loss in a dignified and admirable way, I had dismissed the wisdom of experts.

But with the sudden lifting of my invisible cloak, I had finally experienced the gritty pain of grief, but thought I must find a way around it.  However, to get to the other side of it, I had to walk through the door that opens on acceptance of a new path.  I had hidden grief from myself, wrapping the pain so tightly as to squeeze the life from it, trying to bypass that door.

Yes, it was unpredictable and surprising, but now I know it’s inevitable.  It’s just a matter of when.  Sooner or later I will have to gird myself for the roller coaster ride that often characterizes the healthy grief process.

I didn’t understand that it is normal to fall apart even months after the funeral, or find Christmas, birthdays, anniversaries, or just “a year ago today” passages difficult.  I was convinced that keeping it all cloaked was the “brave” thing to do. It was certainly easier on family and friends.

But I learned that this is MY grief and how I handle it has nothing to do with anyone else.  Many people do not give others the freedom to grieve in a way that is right for them, but I am unique.  My situation and lost relationship are unique, and I must surrender to the process in my own way.

There’s an ancient “Warrior Song” that says, “There is meaning only in the struggle.  Triumph or defeat is in the hands of God.  So let us continue the struggle”.  It’s a mandate, indeed, as I now know what battles need to be fought to light up my forward path and throw off the invisible cloak.

Back to the articles page